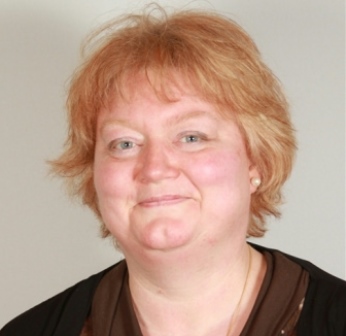 
Ann Lampo, DVM, is the EU Head of Preclinical Project Development within the department of Preclinical Development and Safety at Janssen R&D.
Ann obtained the degree of Doctor in Veterinary Medicine at the University of Ghent Belgium in 1987. She was certified in European Regulatory Affairs at the Institute for Pharmaceutical Business Administration in the Netherlands (1996) and is a Eurotox Registered Toxicologist since 1998.

Ann joined Janssen in 1988 as a Scientific writer. In 2000, she was appointed Director in Toxicology and became more broadly involved in Preclinical Development (PCD) projects, which led to the approval of a few compounds within the Neuroscience space.
As a member of several Early Development teams, she was responsible for the toxicological contribution of more than 50 First-in Human packages.
Since 2007, Ann is the Therapeutic Area Point of Contact for Neuroscience, Infectious Diseases including Vaccines, and Global Public Health. In this function, she heads up the Preclinical Project Leaders group based in Beerse. This team also provides Preclinical Submission support for projects from NS, IDV and GPH.